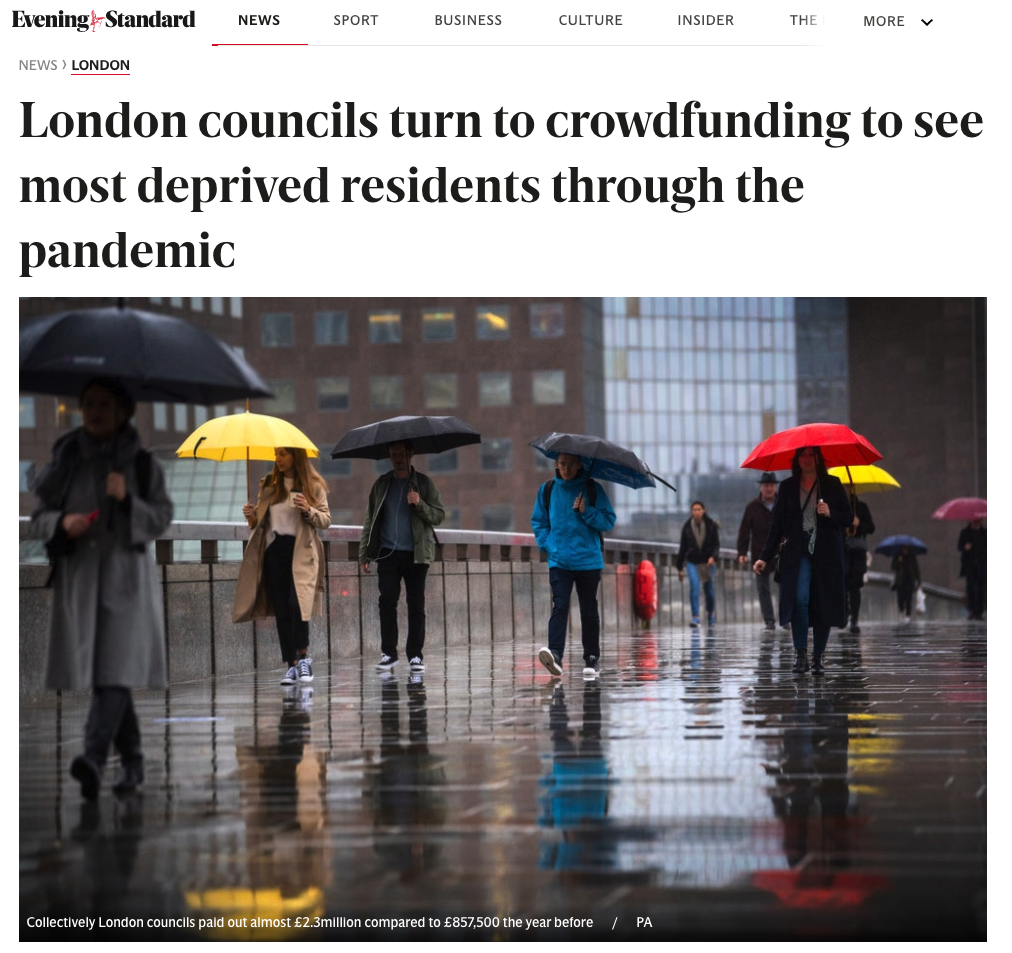 Objective: Every young person in Camden should have access to the digital kit and connectivity they need to learn

Problem: When schools closed due to the Coronavirus lockdown in March 2020, more than 3,000 Camden pupils were without access to a computer and so unable to access online learning at home. This exacerbated pre-existing inequalities and is likely to widen the attainment gap for disadvantaged young people.

Here is an insight into how they did it, from the staff who are running the campaign

(Ally Round and Philip McCorkell)

How did the project come about?
The MD of Camden Learning approached the Council’s Policy Director for assistance, who encouraged the team to look into Crowdfunding. After comparing several different crowdfunding platform’s pricing, functionality and Ts&Cs we chose Rocketfund.

Which department is running the project?
The campaign was created by Camden Learning, but extensive support is being provided to them by the Policy and Communications teams at Camden Council.

What were your criteria when choosing a platform?

What was your full process?

How did you make your video?
Philip (the Communications Manager) set up interviews with students, headteachers and youth organisations. We asked our Creative Services Team to create the animations and used a filmmaker who was already working on another project to film the interviews.

How did you attract donors?

“Support from schools was very important, especially early in the campaign. We encouraged all of our schools to share our tweets or post their own via their school twitter accounts, share with their networks and PTAs.”

How much are you aiming for?
Our total needed is £680k, but £50k will make a big dent and is a nice round number to aim for, so we set that as our initial target. Since hitting £50k, we’ve added a stretch target of £100k. One of the other schools in Camden had already raised £20k via their own crowdfunding campaign, so we thought we could raise more due to our bigger network and connections with people in Camden.

What are your ambitions for the future?
To ensure that every child has the technology they need to learn. We’re going to look at every option to try and close that gap.

“Some of the biggest donors came out nowhere, they came directly and messaged the team about the project before making large donations. Whilst some were through established partnerships or networks.”

Any advice for other councils thinking about doing the same?

Ready to raise funds for your idea?

Over £200 million has been raised from our crowd to support the projects they love! Plus tens of millions more unlocked by our partners.